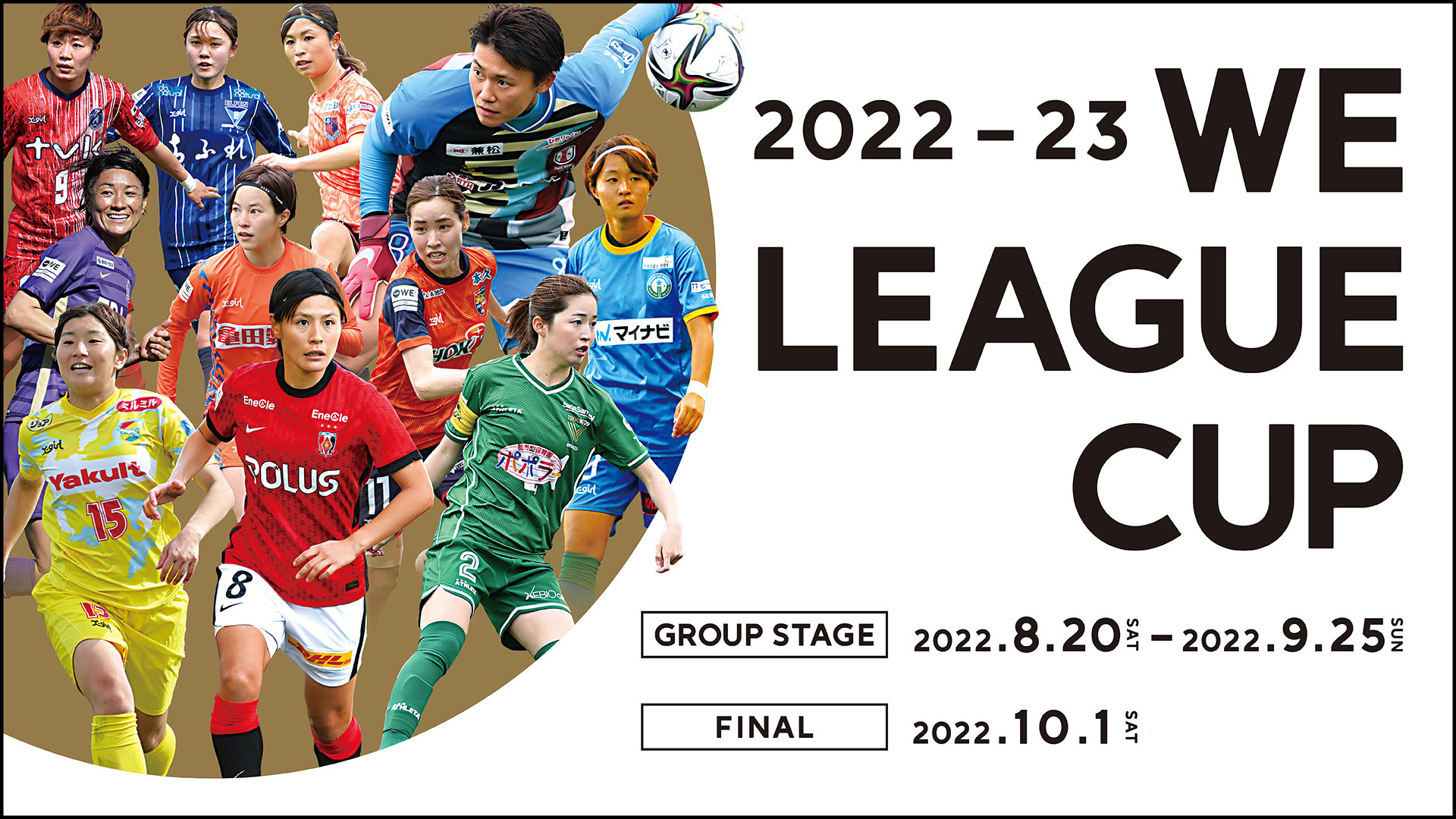 Japan Women’s Empowerment Professional Football League (WE LEAGUE) has confirmed the official fixtures for the 2022-23 WE LEAGUE CUP.

The Group Stage will run from Saturday, 20th August to Sunday, 25th September, in various prefectures, with the Final to be held on Saturday, 1st October at AJINOMOTO FIELD NISHIGAOKA, Tokyo.

During the 2022-23 WE LEAGUE CUP, the participating 11 club teams will be divided into two groups of 6 teams and 5 teams, and the first-place team in each group will advance to the Final.

Further details on the event including, match guidelines and broadcast information will be announced soon. Moreover, information regarding Group Stage tickets will be available on each home club’s websites.

All 11 club teams are divided into two groups of 6 teams and 5 teams. The first-place team in each group will advance to the Final.

The Final match will be played between the first-place teams from Group A and Group B.