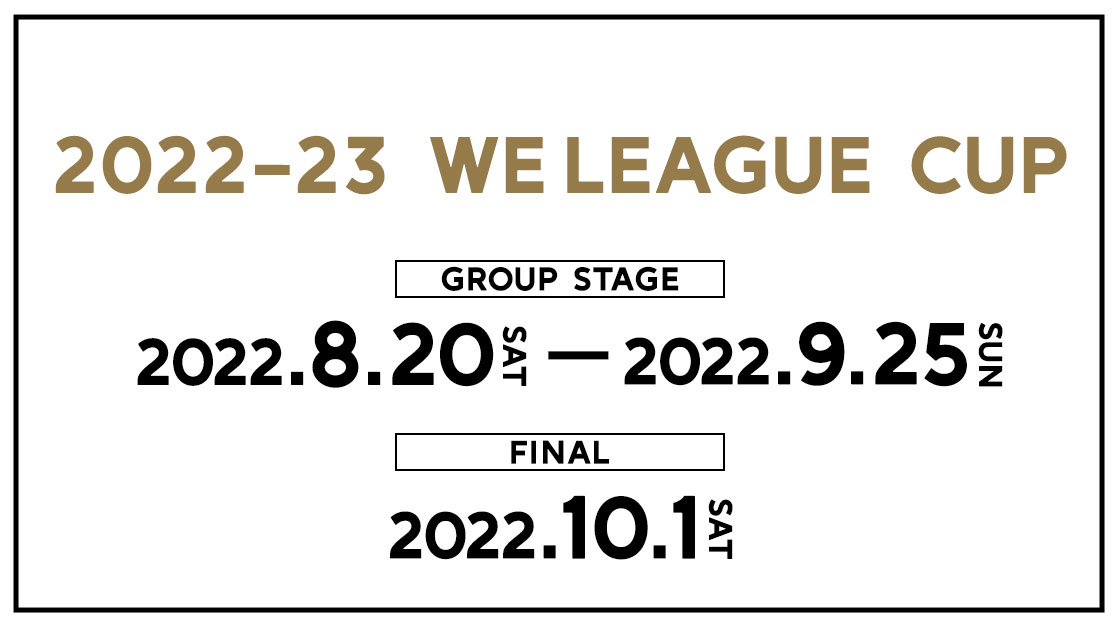 Japan Women’s Empowerment Professional Football League (WE LEAGUE) is pleased to announce that the 2022-23 WE LEAGUE CUP will be held this summer, starting from Saturday 20th/Sunday 21st/ Monday 22nd August 2022. The Final match will be held on Saturday 1st October 2022.

The 2022-23 WE LEAGUE CUP will consist of a group stage (a total of 25 matches, with all 11 club teams divided into two groups of six and five teams), followed by a final match between the first-place teams from each group.

Further details on the event including, ticket sales and broadcast information will be announced soon.

All 11 teams are divided into two groups of 6 teams and 5 teams. The first-placed team in each group will advance to the Final.

The Final match will be played between the first-placed teams from Group A and Group B.