We are pleased to announce the completion of the trophy for the "Yogibo WE LEAGUE", organised by the Japan Women's Empowerment Professional Football League.

As the first women's professional football league in Japan, the WE LEAGUE, which strives for "gender equality" and "social inclusion and diversity", has produced a trophy that symbolises future possibilities and empowerment through the breaking down of long-standing stereotypes in society.

Inspired by the concept of the “glass ceiling”, which refers to the various barriers experienced by women in society, the trophy is made from glass that we ourselves shattered with a football ball. Furthermore, this trophy, made by women from the Sugahara Kogei Shioushi, has been named the Women Empowerment Trophy.

The trophy will be presented to the public for the first time at the Empress's Cup JFA 43rd Japan Women's Football Championship Final on 27th February (Sun).

The trophy, which will be presented to the crowned champions of the Yogibo WE LEAGUE, was created by breaking a glass wall with a football ball. The broken pieces of glass were then re-formed by female craftsmen and designers, using the Sugahara Kogei Shioushi’s glass recycling technology.

The process of making the trophy is in itself a form of “empowerment” that the Yogibo WE LEAGUE aims to achieve, and it is also where the name of the trophy is derived.

By layering the shards of glass and twisting them together with heat, the trophy represents the "rising power" of the WE LEAGUE, which aims to be the best women’s football league in the world. Thus, in February 2022, this unique trophy was completed. 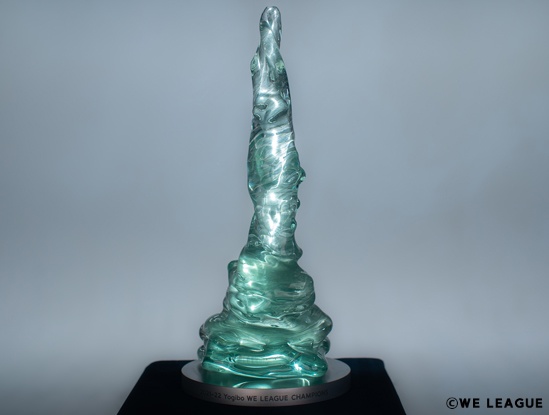 We deeply relate with the philosophy of the WE LEAGUE, and started this special project of making the glass trophy. Our female craftsmen worked hard at exploring the possibilities of the nature of glass, and creating a trophy that we hope people would be able to admire!

It was the first time for me to make a trophy, an item that would be handed down from generation to generation, and so I found the task to be a great challenge. But together with my co-workers, we were able to give shape to the vision and values of the WE LEAGUE.

Comments from Ms. Kikuko Okajima Murray, Chair of the WE LEAGUE

The wonderful Women Empowerment Trophy has been created. I would like to express my heartfelt gratitude to everyone at Sugahara Kogei Shioushi, as well as all other people who were involved in the process of the creation of this trophy. The “glass ceiling” that we broke, has been reformed into a beautiful trophy representing the "rising power" of women, and will be presented to the crowning champions of the Yogibo WE LEAGUE. I hope that many people will come to see and know of the meanings behind the creation of this trophy – I would be delighted if you could come see the trophy on display too! 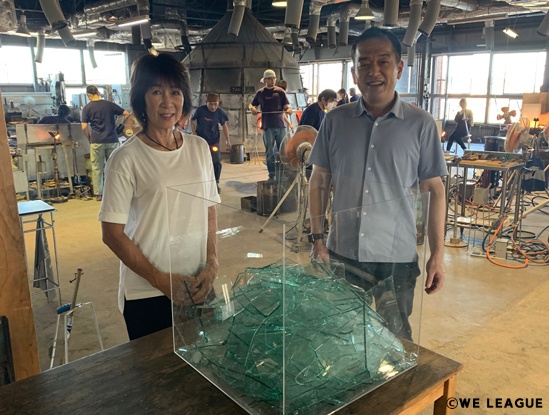 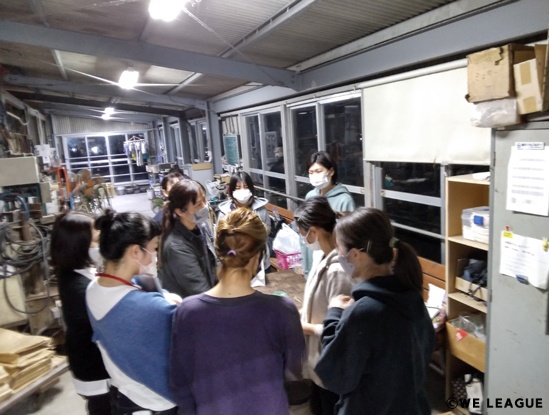 A video showing the process of the making of the trophy can be viewed via the WE LEAGUE Official YouTube channel.

「The birth of Women Empowerment Trophy」 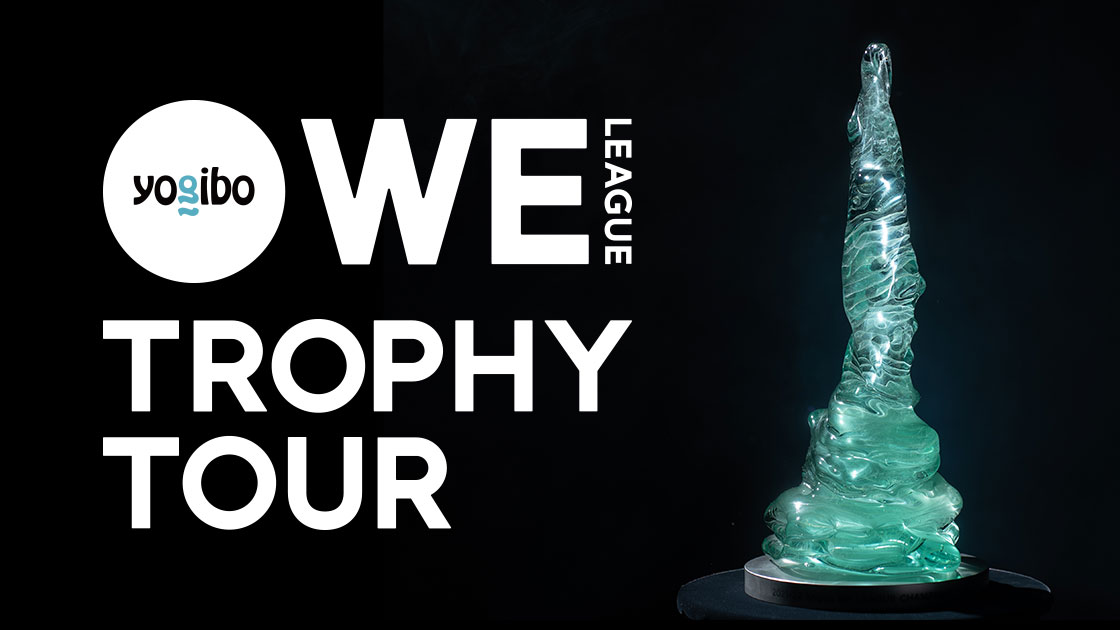 The trophy which will be presented to the winning team of the 2021-22 Yogibo WE LEAGUE will be on public display!

Starting with the Empress's Cup JFA 43rd Japan Women's Football Championship Final on 27th February, the trophy will be on display at each WE LEAGUE Club's home stadium, as well as at various ‘home towns’ and Yogibo stores. Special guests are also scheduled to appear at the WE LEAGUE Trophy tour booths. We look forward to seeing you there!

At the home stadiums of each WE LEAGUE Clubs, during the 2021-22 Yogibo WE LEAGUE season, which will resume on 5th March

・Other venues, including various ‘home towns’ and Yogibo stores

*The detailed tour schedule will be announced on the official WE LEAGUE website and on our official social media channels.

*Please note that the content and schedule of the tour are subject to change without advance notice. We reserve the right to make changes to admission restrictions and operational procedures, depending on the status of the COVID-19 virus infection, government policies as well as local government decisions.

*Any photos taken of the trophy during the tour can be posted on personal SNS account.