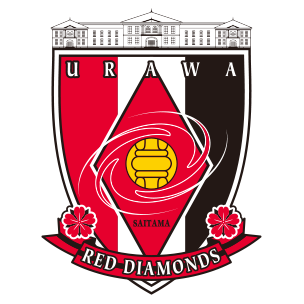 MITSUBISHI HEAVY INDUSTRIES URAWA REDS LADIES were originally formed in 1980, under the name 'Motobuto Ladies', from which the 'Urawa Reinas FC’ (later 'Saitama Reinas') were derived in 1998, and in 2005, becoming the ‘Urawa Red Diamonds Ladies’. The club has since successfully won the Nadeshiko League title in 2009, 2014 and 2020. Then in March 2021, the club was re-named to MITSUBISHI HEAVY INDUSTRIES URAWA REDS LADIES, as they headed into the first season of the WE LEAGUE.
As a new professional football club, situated in a city that is known for sports and their promotion of healthy, active lifestyles, the club intends to play a greater role than ever within the local community, by leading in visibly ‘displaying’ the power of sports, and supporting in the development of women's football in the Saitama region and beyond.

We win all together