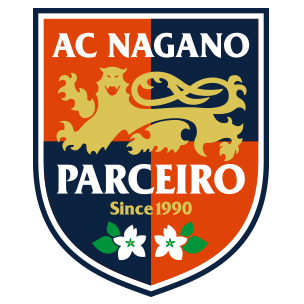 The team's original predecessor was known as “Ohara Gakuen JaSRA Women's Football Club”. But at the end of the 2009 season, the club was merged into AC NAGANO PARCEIRO as their women's team, becoming the AC NAGANO PARCEIRO LADIES. The club’s main achievements include winning the Nadeshiko League Second Division title in 2015 and finishing third in the Nadeshiko League First Division in 2016.
With Nagano U Stadium as its home stadium, the club boasts in its high attendance rates within the Nadeshiko League. In addition, the club has successfully been starting to produce national team level players, and aims to continue to bring dreams and hopes to girls in the the Hokushinetsu region, contributing to the popularisation and development of women's football in the region and in Japan.